Van Heerden teams up with fighting champions from around the world in the first blockchain-powered, decentralized combat sports platform to cultivate a new generation of action movie stars 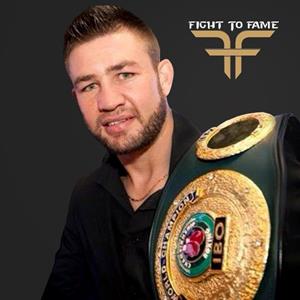 Ambassador champion for Fight To Fame

LOS ANGELES, Aug. 27, 2019 (GLOBE NEWSWIRE) — Fight To Fame, the first blockchain-based, globally integrated platform that is paving a new path to fame for fighters around the world, today announces World Champion boxer Chris Van Heerden joins the first global decentralized competition. Van Heerden will accompany champions from around the world involved with Fight To Fame—which combines the best of blockchain, movies, and sports to create an entirely unique, interactive form of entertainment for fans—which will kick off by scouring the world for talented fighters to the next global action stars.

Van Heerden, originally from Johannesburg, South Africa, is globally known for winning multiple welterweight boxing titles, including the IBO Welterweight belt in 2009. He is the first to join the global group of world fighting champions to mentor, guide, and usher in the next generation with Fight To Fame.

He commented on the announcement: “The mission of Fight To Fame means more to me than just the obvious. Yes, I’m a boxer and professional athlete, and no stranger to the thrill of fierce competition and the desire to overcome. But on a personal level, I’ve always known that being a fighter isn’t enough—it’s important to me to be a good person, make a positive impact, and give back to my community in South Africa. I would love to uncover and help nurture more young talent from my home country, and Fight To Fame is giving me a platform to do this. Together, we will not only help fighters like myself but expand opportunities for fans and people around the world.”

Fight To Fame, in coordination with its Ambassador Champions like Van Heerden, aims to find the world’s top action talents and the next global fighting champions through a series of combats and trials. In order to ensure fairness of the competition, Fight To Fame has integrated blockchain and big data technology into the core of their platform—to be used in voting, precise finance and talent management, and collaboration with major, global traditional gaming and entertainment companies. The Fight To Fame global combat talent search will be conducted in over 100 countries. Fans will be able to vote on their favorite fighters using and the most popular with audiences will move on in the competition.

Those fighters will attend “Fight School,” where they will learn the tricks of the Hollywood fighting trade, and compete with one another for the grand prize: the “gold belt,” and a starring role in an upcoming Hollywood action film, thanks to key partnerships with major film production companies, providing a fast track to real fame.

About Fight To Fame
Fight To Fame is a new sports entertainment platform unlike any other. Using a unique, first-of-its-kind blockchain foundation, Fight To Fame is going global to find the next action film superstars. With its own token, FF, Fight To Fame helps fans support their favorite contestants, bet and vote on matches, and enable fighters to monetize and retain more of their own profits.

A photo accompanying this announcement is available at https://www.globenewswire.com/NewsRoom/AttachmentNg/4aad5a89-7a5c-45f6-8024-336f39a0370b